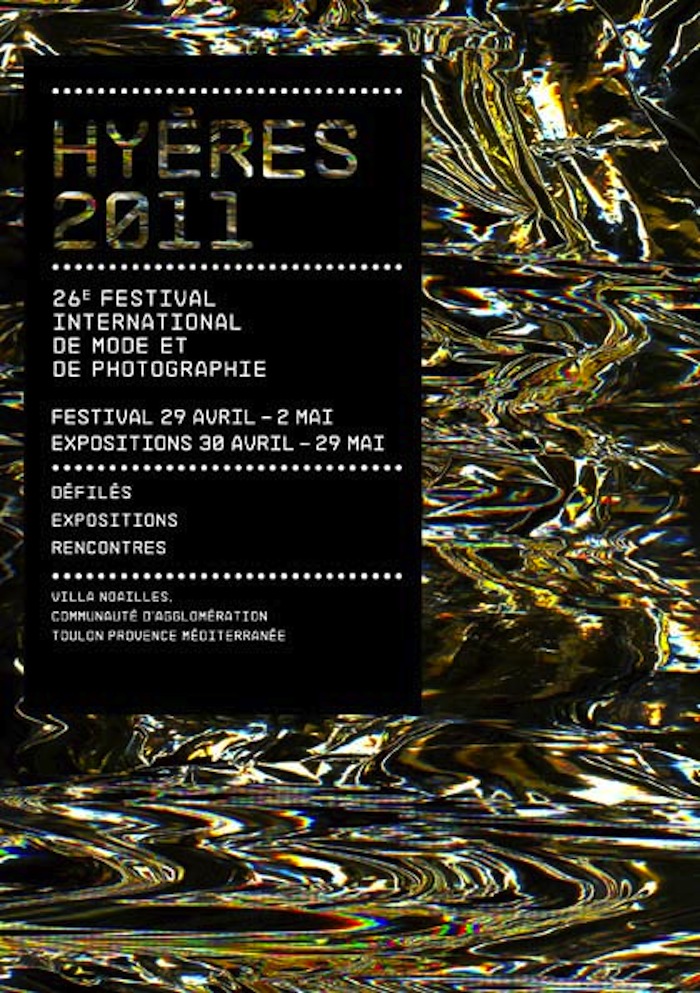 The HYÈRES FESTIVAL is a competition that takes place each spring in the south of France at the Villa Noailles.  The very selective and prestigious competition has two categories: fashion and photography.  Young designers and photographers proffer to the public their work, which is then examined by a highly-esteemed jury.

This year that jury is a veritable roster of fashion’s most notable names. In the designer category: London-based wunderkind Christopher Kane, Proenza Schouler’s Lazaro Hernandez & Jack McCollough and Tim Blanks of Style.com. In the photography category:  Tom Watt of Artreview and Jason Evans and Magdalene Keaney of Fashion Space. Intimidated yet?

This is a fantastic opportunity to shine if you think you have the talent.  Not sure? I’ve devised an easy litmus test:
a. Have the gods and goddesses on Mt. Olympus appeared to you in visions and donned your new collection?
b. Have you awoke from sleepwalking hanging off the edge of a building clutching your Canon 60D in a divinely inspired attempt to photograph the brilliant light of dawn against a crumbling facade?

If you answered yes to either you should apply.

This is how Viktor & Rolf got their big break, after all, among other terrifically notable designers and photographers. Applications are due December 5th, so start your sketching and snapping ASAP.

The new video collaboration between filmmaker Harmony Korine and Proenza Schouler is a doozy. After the brilliant film Act Da Fool, which showcased Proenza Schouler’s Fall 2010 RTW collection, I was overwhelmed with anticipation for this year’s creative iteration, titled Snowballs.  The video was premiered (quite fittingly) at Silencio, a club in Paris designed completely by David Lynch.

Observing Act Da Fool in juxtaposition with Snowballs, I would venture to say that if you give Korine an inch he is wont to take a mile.

The first film stirred up some controversy, with arguments focused on the misrepresentation of urban culture. One must realize that Korine’s whole oeuvre focuses on groups that often go unnoticed.  His portraits of these individuals come from a completely different angle than we are generally used to, and therefore arouse distain and controversy among many critics.

With that introduction, lets delve into Snowballs – the most alien portrayal of fashion I’ve witnessed.  The video’s protagonists are two young females decked out in selections from Proenza Schouler’s Fall 2011 RTW line, juxtaposed against an assortment of cheap store-bought ‘Indian’ headdresses, plastic bags as shoes, and other passing accoutrements as costume.  Styled by Pop magazine’s Vanessa Reid, the pairings point to society’s nascent obsession with Native American cultures, and are rightly spliced with a heavy dose of the derelict.

The two protagonists move through this dystopian space in a puckish manner, dancing in backyard forts, and wandering down deserted Nashville streets, where manufactured homes dot the landscape to form a decidedly lackluster setting for gorgeous clothes. It’s an unsettling narrative, to say the least, wherein a nasally sing-song voiceover vaguely references issues of American Indian oppression.

As the film proceeds, it explores a decidedly Lynchian aura, causing an inexplicable feeling that forced me to the edge of my seat multiple times.  The sets become blanketed in darkness, with characters losing layers of clothing as day turns to night.  At one point a male character enters the narrative, ranting prophetically, as if possessed.

Snowballs does not have the same evocative, dreamlike qualities of Act Da Fool; you can’t let it take you away like a magic carpet.  But Snowballs is effective in that it incites a strong curiosity: what is the true context of these clothes, and what is their origin in terms of influences?  Proenza Schouler said they looked at many Native American textiles for inspiration, yet the wearers of the clothing are far removed from those influences.  We are trained to critique the conceptual within art, the aesthetic within fashion, but the true beauty of Snowballs is that Korine invites us to do both, giving the fashion a space within which to live and breathe, and indirectly imbuing the clothes with a meaning beyond artifice.

ROSEN AND HOWARD FINALLY MAKE THE MOVE ON PROENZA SCHOULER 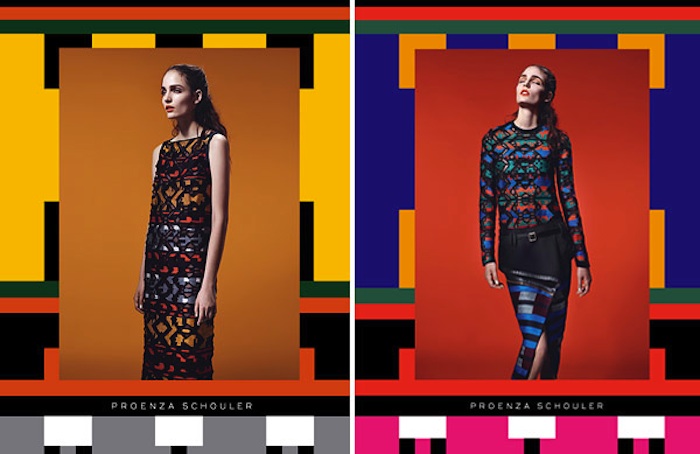 Rumors have been buzzing for over a year, and now the deal is finally sealed:  Theory’s Andrew Rosen and John Howard officially acquired a massive portion of Proenza Schouler’s shares from private equity firm Permira.   They will be backing the brand alongside Valentino Fashion Group, which has held a 45% stake since 2007.

Luckily, despite Rosen’s involvement with Theory and his ownership positions in Rag & Bone, Alice + Olivia, and Gryphon, Proenza Schouler will stay a separate project for him.  Hopefully this will allow our beloved Jack McCollough and Lazaro Hernandez to keep creating brilliant pieces without much watering down of their vision.

The designers are quoted as saying, “There’s so much we’d like to accomplish and have found the perfect complement in John and Andrew to help us realize our dreams.” (via Women’s Wear Daily)  Sounds good to me.  I, for one, especially look forward to a couture line, and it’s the funding from big names like Howard and Rosen that can help to facilitate this.  Stay tuned. 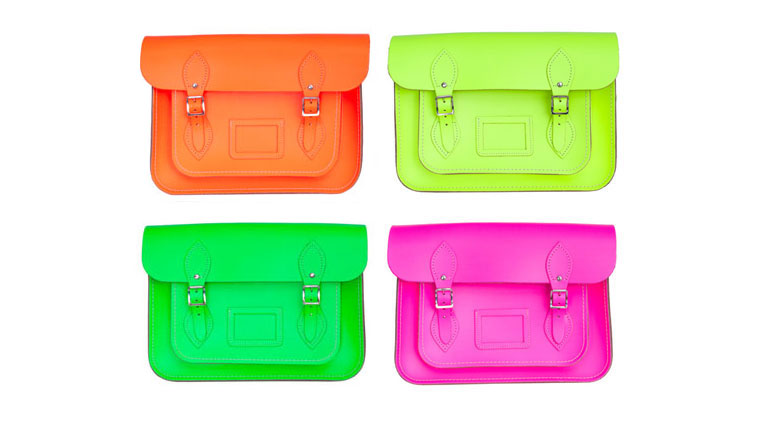 My hunt for a fluorescent yellow bag was stunted this summer when I realized that the fabulous chartreuse I so craved seemed available only from the likes of Céline, Balenciaga and Proenza Schouler. Yes, season after season, these houses deliver fabulous handbags (and I may or may not own a PS1 or two…), but a designer bag just wasn’t in the summer budget, what with all the traveling and, let’s be honest here, booze.

You can imagine then my excitement to discover the Cambridge Satchel Company, with its array of fluorescents. A classic ode to British school satchels, the bag reads as a streamlined hybrid of Céline’s Box Bag and Proenza’s PS1. It has that understated professional look of the latter, but with the structure and shape of the former. And with endless options of sizes and colors, this bag can range from day to evening, Summer to Winter, woman to man (actually, I love this look for a men’s work bag). And while the sizes and colors range in price, most are priced at less than $150, none going above $200.

Fluorescent yellow, you will be mine!