Clinton and Albright on the record at Wellesley College

They both attended Wellesley College and they both faced the usual uncertainty of attending college, surrounded by women of note and, in many cases, privileged. Those campus experiences started both on their paths to serving as the United States’ highest diplomatic position, Secretary of State.

Madeleine Albright, Wellesley Class of ’59, and Hillary Clinton, who graduated from the all-women’s college ten years later, were both on the leafy campus west of Boston for their class reunions. Both women were on stage on Saturday with Wellesley’s president Dr. Paula A. Johnson.

A theme of their discussion was the need to protect democracy from a threat of fascism, something Albright called out in her 2018 book, Fascism: A Warning. “The idea that, ‘Oh it can’t happen here,’ is just old fashioned, my friends,”  Clinton was quoted as saying. “There seems to be no staying power for these really serious threats and that’s part of the strategy. …You say something that’s totally beyond the pale of what should be expected from any public official. And so what happened yesterday is quickly lost in what’s happening today.”

You can read more about the Wellesley talk here.

As part of styleboston’s look back at our launch as a television show in 2009, we offer this Power Player segment with Albright and show creator Terri Stanley. 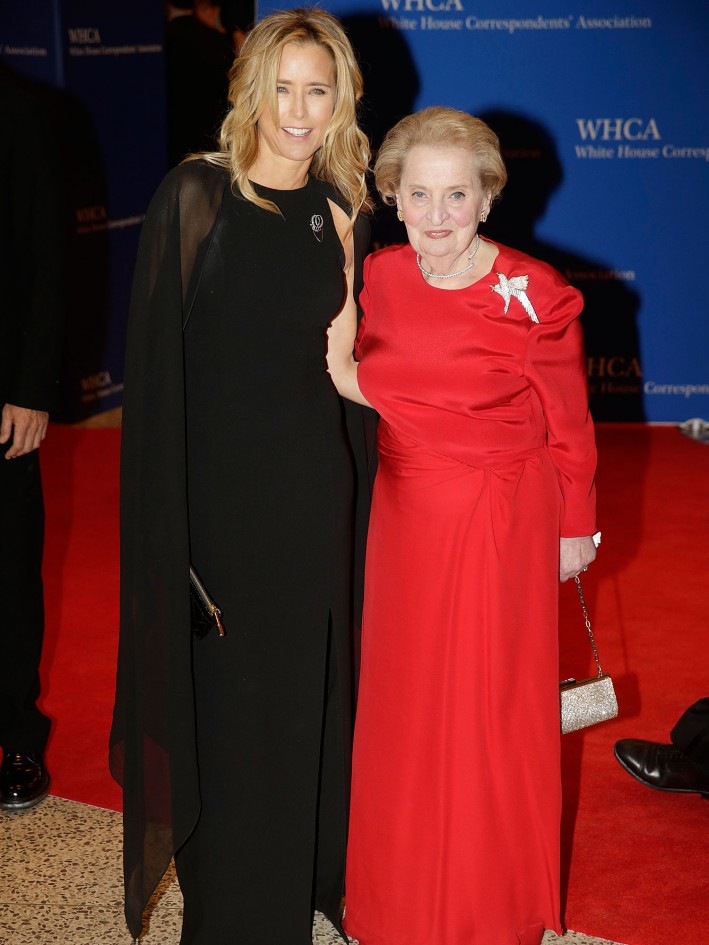 She shattered the glass ceiling, becoming the first female US Secretary of State. Madeleine Albright, who paved the way for a progressive future in government, was recently seen at The White House Correspondent’s Dinner with another of our favorite Power Players, Téa Leoni. Terri Stanley sat down with Madame Secretary on a previous trip to Boston to talk about her pin collection and the political and diplomatic significance behind them. Find out what she said about Hillary Clinton, Wellesley College, democracy and the pin she wore for Saddam.