KENNEDY RUNS | UP NEXT? NAPA! 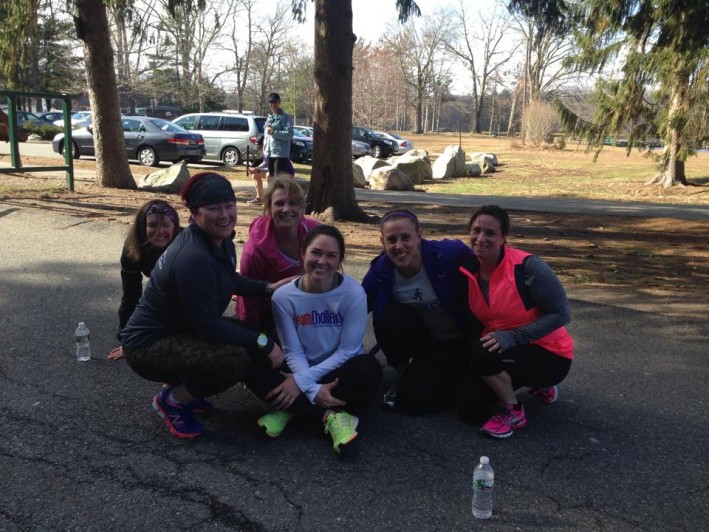 I hate running. Hate it with a deep burning passion. Why do I do it? Still trying to figure that one out. It all started in 2010 when I decided to run my first 5K. I ran the Jolly Jaunt through downtown Boston. It was cold and I thought I’d never make it, but I did and it felt great.  So, I started training to run a half marathon, I mean why not? I ran one in July of 2011 and crossing the finish line was unreal. I wanted to bottle that feeling and carry it with me. But you can’t and you are left with sore legs and a cool medal. Next step?  Might as well run Boston, right? So I did. On the hottest day ever. I crossed the finish line in a brisk 7 hour and 9 minutes.  Friends, I have yet to replicate that one. 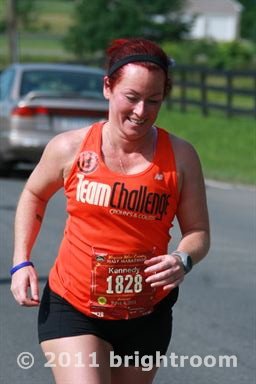 After running Boston last year, I just lost something. I had to quit at the half marathon and felt terrible about it. I also caught a lot of shit for not finishing. People can be pretty mean on the internet. Fast forward a year – I’m ready to go again.

It’s the 2013 Napa to Sonoma Wine Country Half Marathon Destination Race on July 21st and training has started in earnest. And by earnest I mean training runs on Saturdays, and many week days spent making excuses as to why I’m not running that day.  (I blame Netflix for my inability to lace up shoes on workdays.) Last week we hit up DW Field Park which, to quote my coach, is a beautiful spot in an otherwise not so pretty place. It is a hilly three and a quarter mile loop which circles Brockton Reservoir and the day was perfect for it. We start as a group but packs quickly pull away and I’m usually on my own. In my patented run til I can’t breathe, then walk for a bit training plan, I took on these almost 4 miles with gusto.  The weather was perfect, the scenery was so beautiful and everyone I passed said hello. This is what I love about running in these types of places… real runners don’t go here. Real runners can be assholes. I do understand it, charity runners like me are slower, don’t know all the etiquette, and take numbers that a qualifier could have.  But seriously, running is for everyone, don’t be a dick. But I digress… 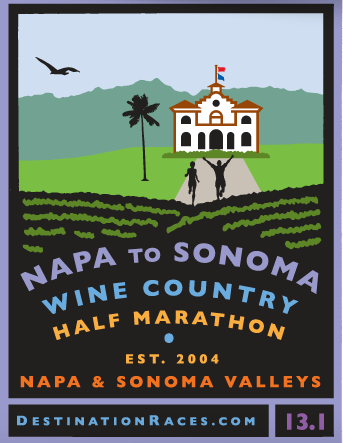 Why did I choose this half marathon? First off, I’m running with Team Challenge helping to fight Crohn’s and Colitis – both diseases are horrible, so any little bit I can do to help is great. Secondly, the race is in Napa and there is wine at the finish line. WINE AT THE FINISH LINE. The finish line is at Cuvaison Carneros Winery, which is a sustainable estate that produces distinctive chardonnays and pinot noirs and now I’m drooling. I plan on soaking up all Napa has to offer while I’m there and squeeze that half marathon in between tastings. In fact, I plan on having my post race meal delivered to the amazing tasting room.

Back to reality… I finished up my lap in a little under an hour. Let’s hear it for a 14 minute mile! Next Saturday it’s 6 miles, so I better get my butt in gear with the weekday runs, binge watching will be postponed to the next rainy day. I’ve got a ways to go in this journey, but it’s always the first step that is the hardest. And friends, nothing feels better than keeping a promise to yourself.

THE TRIALS & TRIBULATIONS OF A HEALTH HATER | PROLOGUE 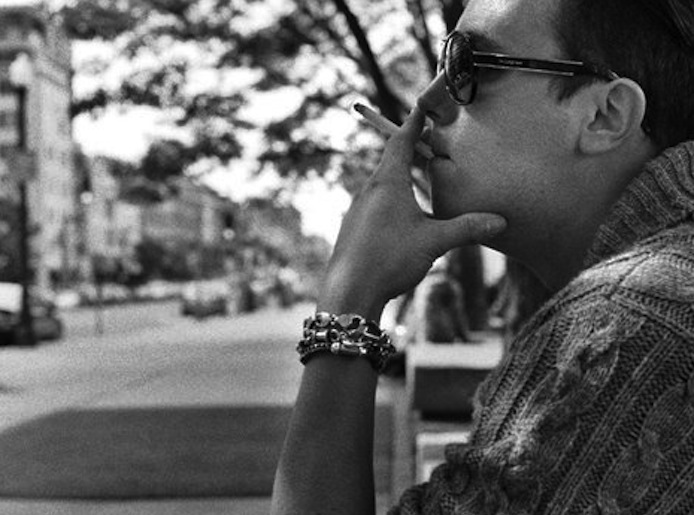 DAY ONE: 10AM
I’m hiding out in the pristine lockerroom at the posh Sports Club/LA Boston when it hits me: a faintness in my limbs, an uneasiness in my stomach so strong I can hardly stand.  I’m sweating more than I have in two years, cumulatively, and in my paranoia imagine the dude across the aisle knows what’s up. I’m going to be sick. The question playing over and over in my head is not why but how did I get into this situation?

The truth is pretty simple. It’s my own damn fault.

THREE YEARS AGO, I moved from Santa Barbara to Boston for a change of scenery and a change of pace. I’ve since found both, and the short story is that I’ve settled into Boston quite happily, found myself feeling more and more at home here. I can’t say it was that way from the beginning, however. With change comes tumult, and that tumult meant a new job, new commitments, new friendships, and new projects. In my excitement to cultivate this new life, I lost sight of how I was living.

First, my eating habits: somehow they deteriorated further and further over time. There wasn’t a junkfood I didn’t know and love, a fried thing I wouldn’t eat (save for a few, esoteric exceptions). My diet began to look less like a well-balanced pyramid and more like a flat-bed truck chock full of cheese, carbohydrates (of the starch-y, white-bread variety!), cups of coffee (nearly six a day), and, in the spirit of honesty, an awful lot of pie. Lemon meringue. Apple. Strawberry rhubarb. I didn’t really care. If it had sugar and some sort of pastry crust, I was game. And I’d eat an entire damn pie by myself. In one sitting.  I’d like to say this only happened while watching Jane Austen film adaptations and crying to myself about my inevitable spinsterhood. Sadly, that was only some of the time.

In short, I was putting my body through a Sally Struthers sort of hell. And while I only gained maybe ten pounds in the course of three years–a softening of the midsection widely known as muffin top or, during the holidays, Santa belly–the effect on my energy levels was decidedly more dramatic. What was once a seemingly endless supply bordering on hyperactivity has steadily dwindled, settling into sluggishness. I have attempted to counteract that shift with more, and more, and more coffee. And RedBull. In combination. Each and every day.

And then there’s the smoking. An awful lot of that. Because, you know, I work in fashion! And it’s sexy, right? Not so much. But it was a steady habit, around a pack a day. NYFW or photoshoot days meant a far greater intake, and while NYFW is only a few weeks a year, as time passed I found myself doing more and more editorial shoots, both for styleboston and freelance for other publications. Basically, I was smoking a lot. A LOT.

Much as I’d like to, blaming my bad habits on an intensely stressful workload–between sixty and eighty hours per week–is taking the easy way out. How I parcel out my time is a matter of priorities, and at some point about half a year ago I realized that those priorities needed to include my health. Make time, I told myself.

My long-overdue change came just a few weeks ago, in the form of a challenge.

Terri, the Creator of styleboston, had told her friends at The Sports Club/LA Boston of my less-than-exemplary lifestyle, but what should have been simply a watercooler joke manage to metamorphose into an offer: The Sports Club/LA would provide a complimentary membership if I’d commit to a comprehensive program they’d devised to get me back to a healthy lifestyle.  Good luck, I thought.

Those who know me know I always accept a challenge. And I decided to write about it because a) I knew it would be damn funny and b) while I don’t know exactly what is in store for me, I do know that if it can help me, it can definitely help you, too.

I mean, honestly, when was the last time you ate an entire lemon meringue pie by yourself and chased it with a bag of chips? Yeah. Thought so.

The Trials and Tribulations of a Health Hater
Near-daily installments of my journey back to health at The Sports Club/LA Boston.