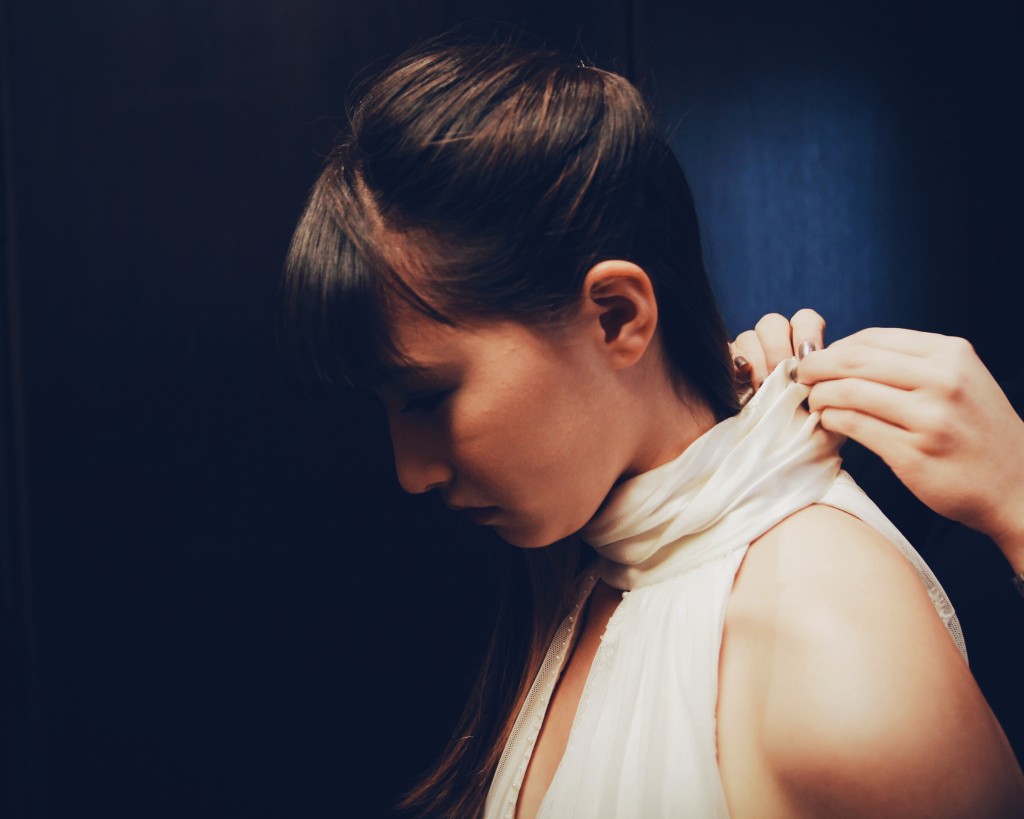 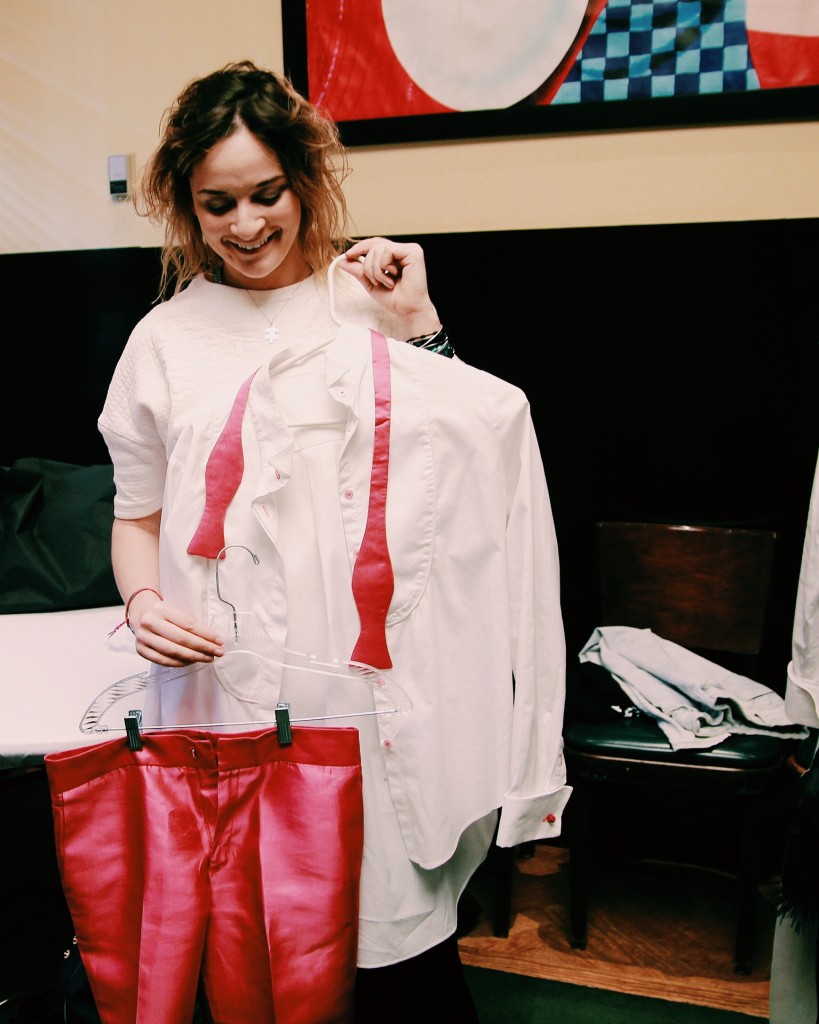 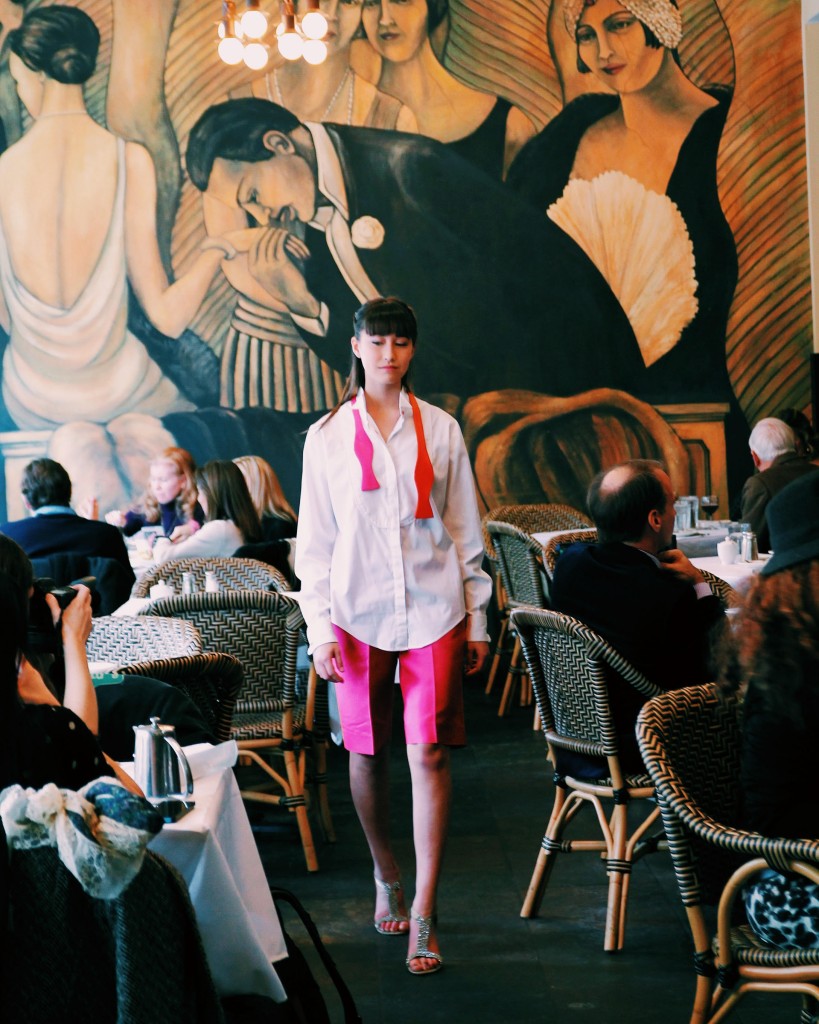 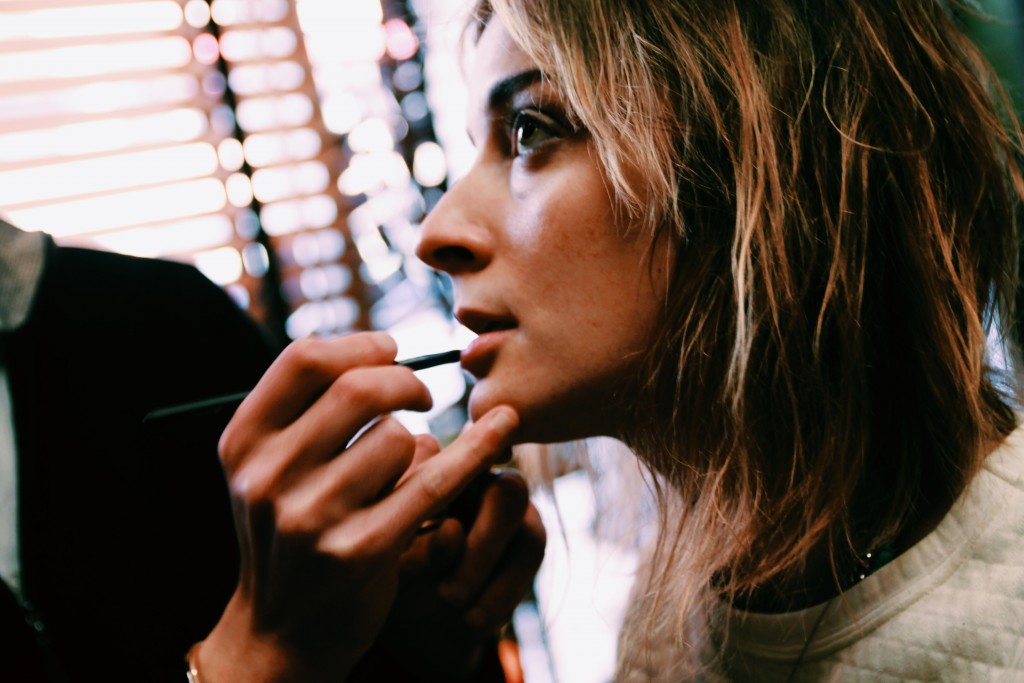 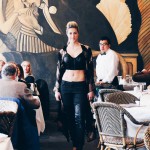 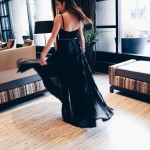 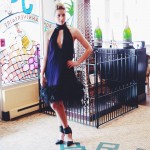 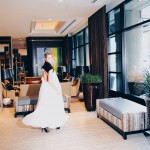 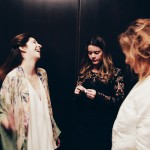 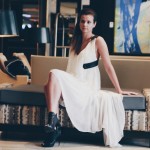 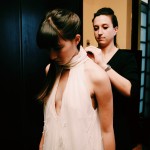 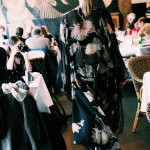 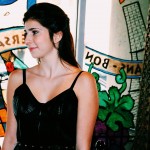 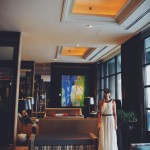 Chynna seemed to float around effortlessly, checking deets as her assistant asked various questions. She walked me through the collection as the models (3 ice skaters and 1 SFD student) shimmied into their first looks. The collection went from menswear inspired tuxedo shirts and pants for women-think wearing your boyfriend’s tuxedo home the morning after-to billowy, motor cross inspired gowns and kimono tops. I love fabric manipulation,” said Chynna, showing me the topstitching seen throughout her pieces. Though it is reminiscent of Catherine Maladrino, Pope stated that some of her influences were Jean Paul Gautier and the late Alexander McQueen. But more important to Chynna was the inspiration she derived from life events. Her topstitching motif was actually inspired by a motor cross race she attended in Ireland–The Scariest 500 Road Race. The riders were all wearing this leather structured topstiching, and it instantly spoke to her and ended up being the lead motif for her entire collection. 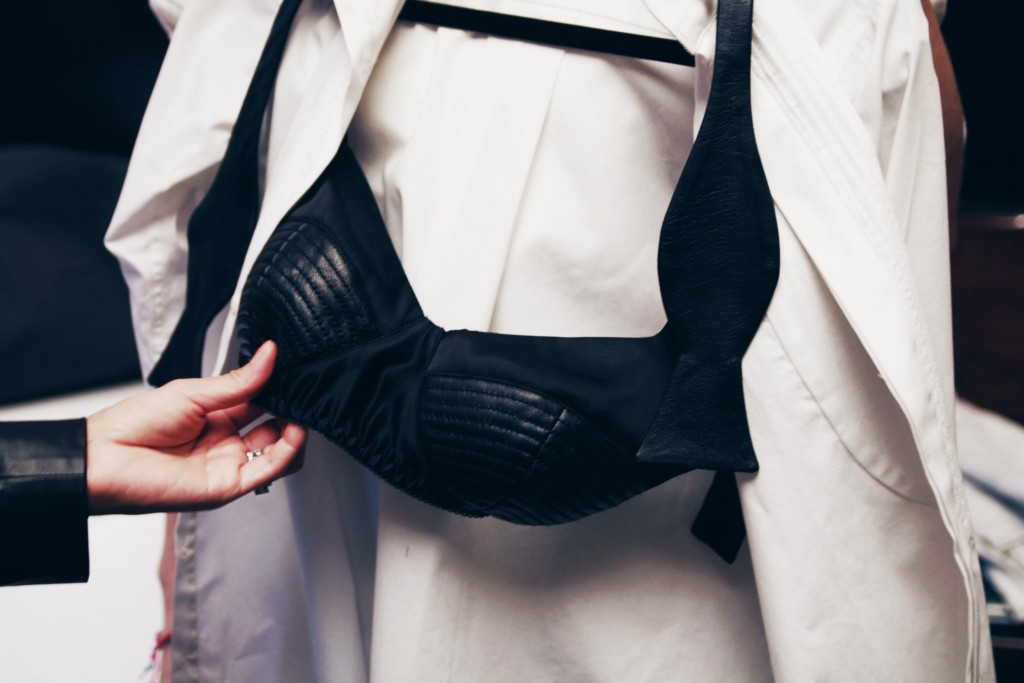